Its About Character Stupid!- Palin steps to the podium 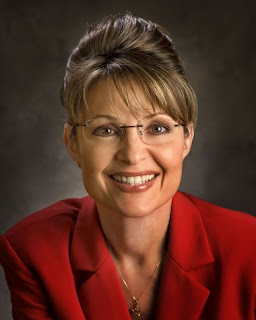 Democrats, howling lefties, upper-income revolutionaries and the semi-educated demi-elite are having a gleeful carnival at the expense of McCain about his choice of Sarah Palin for his running mate. So transported have they been by this rapture, they have "end-zone danced" themselves very far out onto the leafy end of a slender limb.

They have been so busy egging each other on, they have neglected to notice that most of America is made up of real people. While chortling over the teen pregnancy of Bristol and mocking Palin’s support of abstinence education, they failed to notice that this kind of thing happens to families in the real world. They just went on chortling while many real people all over the country just saw the daughter of a friend or relative reflected in the situation.

Sometimes, you see, in spite of what a child has been taught, they will get into trouble. Real people know and experience that every day. It is all very well to say that teaching her 16 year old about condoms would have prevented her from becoming pregnant at 17 but that is of no more use to Bristol or her baby than pointing out that if that boy’s parents had been successful in imbuing him with respect for women, concern for life and reverence for the personal intimate bond, there would not have been a problem.

Many, I dare say, might even be thinking that there has been way too much of the kind of sex education in this country that resigns itself to young teens having casual sex and limiting its message to trying to get them to do it responsibly. Yoo Hoo- Does any one out there have a teenager in the house?

In any case, what all this has a whole lot less to do with what kind of VP Palin would make than how she handles it now. She is not hiding or sheltering or coddling her daughter- what you see is what you get. With a mom like Sarah Palin, you know that Bristol is going to have to take responsibility, because that’s the kind of family she comes from.

What the elitist jokers who have been cutting capers on this woman and her family can never know is the way she handled the knowledge that she was carrying a downs syndrome child. How many of the dancing fools out on that limb would have gone to term and resolved to do their best by that baby? Sarah Palin and her husband will be still making hard decisions and giving love to that kid- a lifetime’s worth- when they have stopped dancing and gone home.

Sooner or later those jerks are going to look around and notice that the rest of us are noticing how shallow, weasely and feckless they and their Presidential candidate are. If that doesn’t freeze the smiles on their faces it will when they realize that the American people will, in the end, compare all of the candidates on the issue of character.

At first it seemed curious to me that these people who think they are so much more clever than folks who, as he says, “... get bitter, they cling to guns or religion or antipathy to people who aren’t like them or anti-immigrant sentiment or anti-trade sentiment…,” are making “experience” their point of attack. They know that they are at an obvious disadvantage on the experience issue. They betray that knowledge every time they say “She’ll be a heartbeat away from the presidency”. The conclusion I come to is that they really have nothing left to say because if the address character directly everyone will notice that the Republican candidate, John McCain is the man who had the courage of his convictions and the raw moral strength to endure five years of torture and captivity rather than desert his fellow prisoners of war and allow the enemy to use him for propaganda against us and our country. McCain, who is after all, the Presidential candidate has never hesitated to do what he thought was right for us and our country regardless of whether it meant that he had to work with someone from the other party or call for reform in his own. But, since they are going after the comparison between Mr Obama and Sarah Palin let’s just look at the character issues between them.

Palin has a long history of saying exactly what she means. She is not a liberal consensus-seeking politician, she is a conservative who will tell you exactly what she thinks needs to be done and strive to implement it. She doesn’t need to run a focus group or take a poll- she speaks in specifics and she works with facts.

Let’s compare honesty and straightforwardness.
As an example- how about the question about drilling for oil in ANWR?
Palin is for it. We need energy independence and its good for Alaska. Drill in ANWAR!
What kind of character does Obama show?
He is staunchly against all oil exploration not just drilling in ANWR. Does that mean he is a green candidate- against burning hydrocarbons? No. He is one of the most avid supporters of ethanol- the idiotic halfway measure that has driven up the price of everyone’s food disastrously in the past eight months. Why does he support Ethanol? Because he happens to be a senator from Illinois which is one of the top ethanol producing states. Illinois is reaping huge profits from the current food price bulge and that’s OK with Mr O. Meanwhile, he supports windfall profit taxes on the oil companies.
Q. Consistent?
a. No.
Q. Intelligent?
A. Well, shrewd maybe…
Defend our country or at least respect those who do.
Palin’s own son is going to Iraq next week. She has visited the troops in Iraq already, travelling all the way there for the purpose.
Obama’s political career was launched in the living room of a couple (Bill Ayres and Bernadette Dohrn) who took part in bombings of the Capitol and the Pentagon. Ayers still says that he wishes he had done more. Mr. O is beginning to follow the same pattern with Ayers as he did with Jeremiah Wright . You will recall that Wright was, at first, leader of his church and his spiritual advisor and when the public saw who Wright was, Obama demoted him to “crazy old uncle” and is now, finally, ( and not because Obama objected to anything Wright said or did but because almost everybody else did) persona non grata. Since the Ayers connection will not go away on its own, Obama surrogates are now beginning the slow process of “stuffing” Ayers and putting him into the museum of Obama’s former friends, his “rungs on the ladder”; all this without ever addressing directly whether he hates America as much as Wright and Ayers avowedly do. Then too he could not even be bothered to visit wounded soldiers in the hospital in Germany when he found out that there would be no photo opportunity in it for him.
To tell the truth he sounds a little self-serving and cynical to me. That kind of thing plays well in the Starbucks and the Sushi Bars on the coasts and in Chicago but I think the old coffee shops and Burger Kings in between might have a bit less understanding.
Suddenly, tonight, the madcap dancers out on the limb stopped dancing. The smiles have frozen on their faces. They have heard the unique voice Sarah Palin. From the momrnt she walked out on the stage at the convention and showed the world that she is not the trailer-trash bumpkin they have been hoping she would turn out to be.
She spoke clearly about things about which that the fools on the limb would rather forget; families, the need to explore for new oil, patriotism and (heaven forbid) Islamic Terrorism. And worst of all for them, she talked about them in ways that showed that she has undeniable Character. Just as she said about John McCain, she is not someone who will tell you one thing to your face in Scranton and then say something quite different about you to a bunch of sleek metrosexuals in San Francisco. Trustworthy and loyal are part of character too.
Both the Presidential and the Vice-Presidential Republican Candidates by themselves have more character than Mr Obama, and I can hear that long leafy bough starting to groan and creak. I think, if it were me, I’d be stepping a bit closer to the trunk- maybe even getting ready to shinny down…
Posted by Yaacov Ben Moshe at 12:52 AM