In Honor of a Great Dead White Man 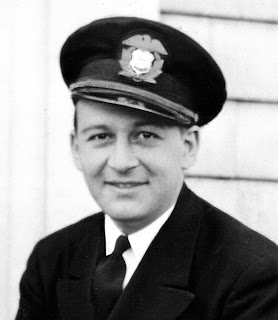 I have been away from my regular blogging routine for a while. There have been a combination of extreme distractions that have contributed to my absence and I hope that my friends and readers will understand once I explain. The explanation will be in two parts. Next week I will be announcing a major new initiative that has been in the works since the beginning of the summer and has absorbed a great deal of my time and energy over the past two months but first I need to speak about a rather more personal event which has occupied me entirely for the past two weeks.

I have lost my first and greatest hero this past week. Moshe Mendel ben David, my father passed into eternal rest on Thursday October 11 after 91 years of life. His last six months were difficult and the last two weeks were a severe ordeal for him and for all of us who loved him.

He was the one who taught me by his example every thing I have been trying to express in this blog (and so much more). To me, he is the paragon of everything that we are in danger of losing if we let Western Civilization succumb to the forces of Multiculturalism and moral relativism.

As a boy, music and baseball competed for his attention. His excellence at both, along with the quick wit and loving nature that would be his hallmarks all his life, was an inspiration to many others. In fact, a group of friends, alumni of the summer camp they all attended together endowed an award for presentation to the “most improved baseball player” of each summer season. Throughout his life, one of his great pleasures was to return to that place in Maine at the end of a summer and meet the young men who won that summer’s award.

He was a graduate of a well known public high school where his love of music briefly made him a band-mate of the late Leonard Bernstein. He went on to study engineering and, with the outbreak of World War II, worked at the Quincy shipyard in a draft-deferred, war-essential job. It was not long, though, before he felt as though he was not doing enough for the war effort and felt compelled to leave the shelter of that job and put himself in harm’s way. He was never a violent or angry man and I suppose he could not picture himself intentionally killing other human beings. He solved the conundrum by enlisting in the branch of the armed services that, by virtue of being essentially “sitting ducks” for submarines, aircraft, battleships and shore batteries sustained the highest casualty toll of the war, the Merchant Marine Service. He served then as he lived his whole life- with unassuming courage, good humor and quiet loyalty. He spent the balance of the war as the chief radio operator on various liberty ships. He sailed to all three major theaters of the war. Among his ports of call were Casablanca, London, Antwerp and Manila.

After the war he ran the plumbing supply company that had been founded by his father. His father died in 1950 leaving Moshe Mendel with the responsibility of taking care of his mother. Unfortunately, malfeasance by other family members soon put him in the awkward position of having to choose between exposing them to legal prosecution or loosing the financial inheritance that would enable him to support his mother in her old age. After several years of struggling to force the others to act responsibly, he negotiated the sale of his interest in the company, taking a loss for his own share but preserving as much as his mother’s resources as possible. In 1958, he opened a small retail store.

The little store was no powerhouse at first. It evolved however as my dad listened to the changing needs of his customers. Under his innovative leadership, and the steady financial management of my mother it changed and grew. Business trends, home fashions, and the economy evolved over the next twenty years and thanks to his ability to hear what people were saying and to anticipate their needs he built a good solid business.

He survived lung cancer in 1980 with that same sweet, self-effacing sense of humor. His doctors pointed to his attitude, sense of humor and love of life as the reasons for his complete recovery.

In the late seventies his company was positioned as an industry leader when high-priced and suddenly scarce home heating oil during the oil embargos and rapid price increases that followed turned his business into a “hot” business. In the ensuing wood-burning boom, his company was known, not only as an industry leader, but as a dependable and honest company in a business that had attracted too many inexperienced entrepreneurs and unprincipled opportunists.

When our family sold the business at the end of the 1990’s my dad retired to Cape Cod where he was able to concentrate on the things he loves the most- his wife and family first of all, and the hundreds of friends they had accumulated and, of course, his music.

His was a good and honorable life. I was used to seeing the eyes of people light up when they realized I was his son. When I was younger, more self-centered and insecure than I am today I was even, at times, irritated at the number of people who would seek me out in social gatherings and business functions expressly to tell me what a great guy my dad was and how much they love him. At the funeral I was pleasantly surprised at how many people showed up for the funeral of a 91 year-old man. After all, most of his old friends have either predeceased him or are so frail they could not make the trip.

As I thought about his life, I tried to put my finger on what it was that made Moshe Mendel ben David such a special and beloved man. He was possessed of great physical and mental gifts. He had a strong and virile body- He often told us how he had unloaded whole railroad cars of cast iron pipe by hand and even up to the end he was still opening all of the mayonnaise jars and ketchup bottles with his bare hands. He had marvelous coordination and sense of rhythm that made him a fine athlete and a superlative musician. He was also a suavely handsome man. We’ve been looking at a lot of old pictures in the last few weeks; he had movie star looks when he was young.

In addition to the physical prowess and the mental acuity he also had a rare and beautiful sense of humor. Through all of the challenges of his long and eventful life, the great constants were his love of life, respect for other people and his razor-sharp wit. He was a comedian with a difference- he never had a laugh at anyone else’s expense. In a world where it is all too easy to find someone who will laugh at you, my dad would find a way to laugh with you- to make you laugh too.

He welcomed everything and everyone that came his way. It was a key to most of his successes. Uncle Heschel ben Yossel, who worked with dad for many years used to get frustrated with dad when he kept on taking on new lines of merchandise and new kinds of products. Harry would say to him (as only Harry could), “Manley you’re lucky you were born a man. If you were a woman you’d have wound up with twenty kids. You just can’t say no to a salesman”

But his was never a totally indiscriminate openness. He always seemed to have a knack of making the right choice for all the right reasons. No salesman ever left his presence feeling that he had not had a fair hearing gotten the best opportunity he could have had. My dad understood that they were trying to make a living and wanted to treat them fairly while making the best living he could for his own family. In the end he knew that by having good relations with the people who were the source of new ideas and improved products that he would make friends and always be ahead of the curve in his business.

It was through trying so many new things out that the business grew and changed with the times. It was also the way in which his mind stayed nimble and deepened in sight throughout his ninety-one years. His enthusiasm, his curiosity, his sense of humor and his openness were remarkable- and they were really just the gateway to understanding the greatness that was inside him.

I think his greatest gift was that even though he always knew that life can be hard and even cruel, he never lost sight of the fact that it is always wonderful and miraculous at the same time. He dwelt upon his joys- his loving marriage to the woman he once told me was the most beautiful woman he had ever seen, the sons and daughters-in law who loved and honored him, the adoring grandchildren, nieces, nephews, friends, the successful business he built from nothing. To him life- all of it- was always a miracle.

If the life of a man who was, all at the same time
1. mystically devoted to the beauty and grandeur of the universe around him
2. beloved by everyone (friends, competitors, associates- you name it)
3. and at the same time, able to discriminate and make the hard, realistic choices along the path to success and (if not vast wealth) a very comfortable living and retirement
seems an unattainable ideal then you never met my dad.

It is a comfort to me and a lesson I’ll try not to forget that even when I couldn’t see it, Moshe Mendel ben David could see the miracle in me. We are all miracles- it’s just that some of us that know it and show it more than others. My Dad was a quiet, wise, steady, sweet, funny, ninety-one year long miracle. None of us at that funeral wanted to say goodbye but everyone whose life he ever touched wanted to thank him for pointing out the miracles we might have missed otherwise.

I left his funeral rededicated to his memory and rejuvenated in my purpose.
Posted by Yaacov Ben Moshe at 9:49 AM 19 comments: