Liberals Will Build the Wall! 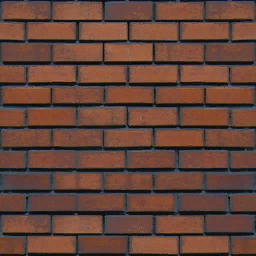 A business friend of mine told me earlier this week that President Elect Trump has "...announced his plan for paying the cost of the wall and It is not Mexico."

"Yes", she said, on Friday, when he is finally inaugurated, all the 70 million or so liberals, socialists and anti-Trumpers who voted against him are going to shit a brick."

Which brings me to my thoughts on the state of mind that has moved more than 60 Democrat legislators to put their hands over their ears and eyes (if only they would do the same with their mouths) and withdraw their august presence from the inaugural proceedings.

Is this the best way for them to represent their constituencies? Are they displaying any kind of courage or intelligence in doing this? Even an honest opponent would have the guts and decency to show up and listen to what the election results are telling them.

Not that I care, it will only keep them uninformed on and powerless to reverse the reasons the Democrat majorities in both houses of the national legislature have evaporated in the past eight years. It will, I hope extend the Democratic loosing streak in state and local politics as well.

What will Elizabeth Warren's calls for "necessary trouble"net for the Democrat's cause? Warren, who has also claimed to be the "intellectual" founder of the "occupy movement" has resolved to hide from the proceedings and appears to be encouraging the occupy scum to disrupt them. This is , increasingly,the Democrat way.

Much has been made this past week of Mr Trump's pre-inaugural approval rating. Putting aside the fact that he has not had the opportunity to do anything of an official nature yet, it reminds me of another Republican President-elect who entered office having garnered only 39% of the vote in his first election. He went on to become one of the two greatest Presidents in history.

Speaking of Inaugurations, even John Wilkes Booth showed up at Abraham Lincoln's Inauguration as this picture shows. If anything goes wrong in all those seats that the congressional cowards are leaving empty at the ceremony, we will know who is to blame. Necessary trouble? You ain't seen nuthin' yet!

The Amusement Elite and Their Lesson for You 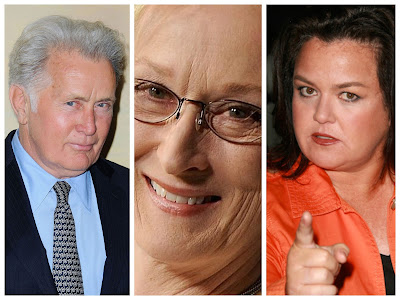 Meryl Streep, Martin Sheen, Rosie O’Donnell and a legion of their fellow Hollywood illusionists, have taken their stand against Donald Trump. Standing on their credentials as artists, they tell us what is good for us, politically. As in all artistic endeavors, they aspire to reveal a truth. The irony is, the truth they are exposing is their own moral and intellectual bankruptcy.

How fitting, really! This self-important clown troupe of make-believers, fantasists, and jesters, who pretend to be someone other than themselves for a living, inspired by the purveyors of fake news in the mass media, have formed themselves up as a pathetic Maginot Line in an attempt to resist the ferociously honest guy who couldn’t pretend to be someone else if he wanted to. At some level they must see how imbecilic they appear but they can’t help themselves. The terror of having a leader, unfettered by the shackles of political correctness who will address reality and mock their willful blindness to it has them in full panic.

From all this, I take a core lesson: These Liberals start with a false premise. The Left assumes that human nature is basically good and that people can be changed. All leftist systems posit or, at least, imply that the evil that people do and the flaws in human character are due to outside influences, such as, bad economic systems or established religions or faulty laws.  They also imply that with a progressive approach and a “new order” the innate good can be realized and the world will be healed – or, at least, much improved.

Of course, this has proven to be a deadly trap in every historical case! Nazism (National Socialism!), Chinese Communism, Russian Communism and Chavez in Venezuela were/are all collectivist systems claiming to aim at a more egalitarian society.  They also promised some form of “new man” who would be of a higher and more selfless character. This is the Progressive anthem.

Progressives particularly resent the Constitution of the United States because, explicit in its conception and structure, is the assumption that human beings are not necessarily good or bad but are creatures with both potentialities. With that as a founding principal, the Constitution exquisitely balances safeguards which enable the enterprise and ambition of all, while, at the same time, keeping balance, opportunity and order through the competing branches of government with equal but countervailing powers. It's less pure and noble sounding than the leftist view, but it is reality.

Progressives imagine that human nature is “nice” and infinitely malleable.  They “reason” that, left to their own devices, people will be happy and content in a “natural” state. They ascribe all that is painful and even evil in life is the result of flaws in “society” including “organized religion” or “morality” or “the culture” or any other target that exerts control over human behavior. This blameless image of the individual seems soothing and comfortable, but the result is anything but comfort. It insinuates that “freeing” the sweet angel of the human spirit from those controlling institutions/forces is the way to achieve peace, health, enlightenment and happiness. Wishing only to make life better and more equal for all, liberals set about dismantling or, at least, arbitrarily refashioning all the structures and values that maintain health, peace and equilibrium. In order to “free the angel” inside us, they liberate the whole panoply of angels, including the dark jinn of evil which also resides in the human heart.

Liberals despise you, the working people of America. That is why they feel it their duty to “educate” and “uplift” you. They snigger at you and your ethics and morals. But you know that you need to work at being good. You know that your church or synagogue has played a role in making you honorable. You thank God and the founders of America for the liberty and opportunity to work, live and thrive here. You know that life is not balloon parties, unicorn festivals and trophies for showing up.  You know fantasy when you see it.

Their idea of progress is to tear away the proven culture and safeguards and replace them with a socialism that pretends to supplant equality of opportunity with equality of outcome, otherwise known as universal misery. In the name of “equality” and protecting the planet, they want to bring all economic development to a standstill, redistributing wealth so that industrious and clever people earn no more than the most indolent and incapable. They call it “progress” but it is really a corrupt ideology.

The zeal of progressives springs from their feeling that only they know what is correct and needed. They are willing to force people to agree to their view of things - whether they like it or not. When reality becomes impossible to ignore and their “progress” leads to conflict, chaos and inequality it is never blamed on Progressivism. Hitler blamed the German people for not being strong enough, communists blame capitalist counter-revolutionaries, and everybody blames “The Jews”. Revolution, suppression and barbarity often ensue. Any idea that contradicts the romantic egalitarian principles is punishable. In Nazi Germany, they were known as crimes against The Reich.  In Soviet Russia, Red China and Castro’s Cuba, they are called counter-revolutionary. If you were imprisoned or exiled for those things, you were getting off lucky! And now, led by the brilliant pretenders and charlatans of amusement and the “infotainment” aristocracy, we are being urged to euthanize The Constitution through modernization and interpretation. They want to bowlderize the very constitutional system of government which created the finest, richest and most just nation in history. And for what? For a collectivist government led by people who are so sure that they are correct in everything that lawlessness, fiat and intentional ignorance are acceptable tools for wielding political power?
So, let's have a big round of applause for the pretentious aristocrats who have made it plain what we really should fear. They lay bare the arrogance and febrile imagination of Progressivism and what it is trying to do to our culture and constitutional politics.

When one side proclaims itself inviolably correct, and there are no safeguards for those who disagree, you have totalitarianism. Only imagine, if you dare, the murderous, totalitarian and nihilistic rage that would prevail if the liberal elite had their way. Ruthless totalitarianism always ends up requiring re-education camps, the punishment of retrograde (counter-revolutionary) ideas.  Those dangers lurk just behind their smug, superior smiles and their righteousness.

Thanks, Meryl, et. al., for the reminder of who you are and who we are.  We made America great.  With Donald Trump as our leader, we will make America great again, and I am with him.
Posted by Yaacov Ben Moshe at 11:16 AM 2 comments: