Even as I am working on a more in-depth piece on him, "Justice" Richard Goldstone has been fighting back against the rage of Israelis, Jews and moral people everywhere. As often happens when the ethically blind and the morally crippled try to dance around the havoc they create, Goldstone has stepped right in a big smelly one.

The tip-off line in Goldstone's statement is: "The lack of justice for victims was "undermining" chances for peace in the region, he said." This guy thinks it is about justice!?!?! Or at least that is how he couches it. Jews are not asking for justice- just the permission to defend ourselves against terror. The Palestinians are not looking for justice- How many times do they have to tell the world that all they desire is the annihilation of Jews?

Who does Goldstone think he is talking to with this "justice" fetish? Only guilty westerners who lack the moral compass to see that true justice is harsh and that "they" do not "want what we want." This guy is the quintessential useful idiot. The lack of justice is not undermining anything, It is lack of moral fiber and ethical balance on his part that will destroy any chance of peace.

In most cases, peace only comes after a defeat of some kind. Granting justice to the unjust insures that defeat will never happen- at least not to the ones who deserve it!
Goldstone apparently thinks that because he uses "Justice" as his title, that he knows what it is. Perhaps he fails to see the irony- Its kind of like calling the tin-pot idiot leader of Korea who bears the blood of millions, "Dear Leader".
Posted by Yaacov Ben Moshe at 10:11 AM 3 comments:

Email ThisBlogThis!Share to TwitterShare to FacebookShare to Pinterest
Labels: Goldstone

Who is Watching the Human Rights Watchers?

Omri Ceren at Mere Rhetoric is. It seems as though Human Rights Watch, an organization that makes it their business to scold Israel's Defense Forces have been relying on the judgement of someone who appears to have some very dark ulterior motives. NGOs like Human Rights Watch make a very rich living out of clucking in disapproval from self-appointed perches. They trade upon the widely held perception that they are "impartial and non-political". So what are they going to do now that it is coming to light that a very prominent staff member has a major-league fascination and a personal identification with the erstwhile Nazi war machine.

Ceren, using only public material, easily available through Google searches, has turned over a rock and found a very slimy side of the self-promoting, widely quoted, media trollop Marc Garlasco. Garlasco has worked on many projects in which he has presumed to call Israelis to task for the ways in which they defend themselves from the new genocidal threat and has appeared as a military expert on many of the anti-zionist media (CNN, ABC, BBC, etc..) networks.

All the while he has, rather openly, been a well known nazi-phile and collector of Nazi paraphernalia. Of course, he has been careful not to publish anything that identifies him with Nazi ideology per-se. He fawns and giggles in his posts on Nazi memorabilia web sites about historical value, elegance, design and manufacturing expertise but I, for one, don't buy it. Even if some one who collected child pornography covered the obsession with self-serving obfuscation about the "beauty of the human form" and "the ancient heritage of love between mature adults and pubescent children" does it make the obsession less dark and abusive? I think not.

Garlasco uses the moniker Flak 88 on his favorite Nazi memorabilia website and as a vanity plate on his (German made) car. 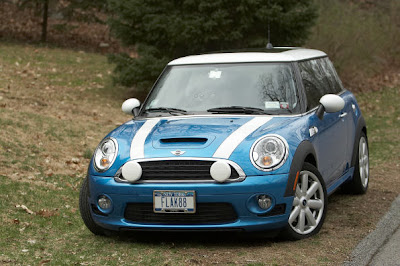 Flak 88 (pictured at the top of this post, above), for those of you who do not know the literature of World War II was the designation of a German artillery piece that was dreaded by allied soldiers on the battlefield and aircrews in their warplanes. The story he tells is that his grandfather was on a Flak88 crew during the war and that his choice of hobby and nickname is a result of this personal history. That would all bel very well for someone who makes his living judging cabbages in a sauerkraut factory but this person is actively engaged in limiting the ability of Jews to protect themselves from an incipient new holocaust while he is still venerating (at the very least) the symbolism of the last one. The icing on the cake to me is that online moniker and the license plate on the car. What would we feel if sixty years from now, Mohamed Atta's nephew was found driving around lower Manhattan with the license plate "Boeing 767"? Would he be considered impartial and non-political?

What is going on at Human Rights Watch? Who is watching the human rights watchers?
Posted by Yaacov Ben Moshe at 7:13 AM 15 comments: