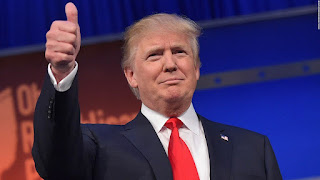 The emerging meme to distract the public’s attention from his message and drain away the power of Trump’s speech last night it to call it a “Dark Speech”.

It is not really clear why they chose this meme yet but I do know that it has huge psychological significance. This was not a dark speech - as progressive writers characterize it- It did, however, shine light into a lot of dark corners where the progressive agenda has cultivated the cultural molds of economic paralysis, political correctness, inept statesmanship, military failure and race baiting. He pulled the drapes aside and let the sunlight in. Liberals may clutch their pearls and fan themselves but it is too late. They have been exposed as the party of darkness.

Who is afraid of the dark? Not real people who live in reality.
Posted by Yaacov Ben Moshe at 7:38 AM 2 comments:

It is a moment that should be captured and framed for more than its comic, irony.  As the Wall Street Journal described it:

“A crowd of hundreds of police officers, reporters, and onlookers swarmed around the flag burning protest carried out by a small number of communist activists.As the flag began to burn, it touched the back of one of the protesters, prompting a senior police officer to begin shouting “You’re on fire, stupid! You’re on fire!”At that point, police officers – some on horseback and some with bicycles – moved in to isolate and handcuff a small number of protesters.Police said two of their officers were assaulted, suffering minor injuries. It was not immediately clear how many people were charged with crimes as a result of the incident.”

I know, its almost too perfect. While the ignoramuses and terrorists (in this case they style themselves as communist revolutionaries) play out their destructive dramas and make war on reality, it is left to the police who are pledged to protect and serve to save them from the fantasy that they were making a “political statement” and prevent them from burning themselves along with the flag.

As if that were not enough, the flag burners are wearing black t-shirts emblazoned with this logo: 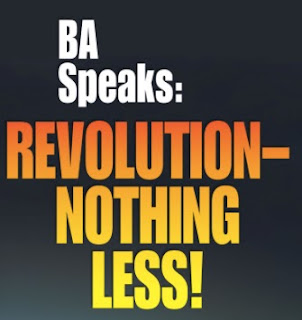 Note the flaming color of the lettering, what a brilliant garment to set on fire with you in it!

So who is BA? Non other than Bob Avakian, a sad little aging communist revolutionary apparently still pining for the salad days of the revolution that never came in Berkeley. BA has been stalwartly manning the run-down, shop worn roadside commie sales booth since the sixties. He is still mongering the same, tainted, fermenting fruit salad of one-world liberation of the dispossessed masses that most of the rest of us recognized at the time as not just pathetically impractical but far more oppressive and lethal than almost any alternative. Just think of Mao, Stalin and Lenin (who are BA’s inspirations and exemplars) and the millions that were liberated from their earthly existence under their regimes and you get the picture.

I’ve been to his web site, I hate to give him the clicks but I just had to do it. Take my word for it, its only good for a reminder of the crap that many more people used to accept as thought than do now. Oh, those “Heady” days of the drugs, sex, rock and roll.  Once again, even nostalgia isn’t what it used to be. Anyway, I’ve been to the web site so you don’t have to. It is mainly about flogging his film, radio show and his warped view of the world. Here is the centerpiece quote, apparently from his movie:

"Those this system has cast off, those it has treated as less than human, can be the backbone and driving force of a fight not only to end their own oppression, but to finally end all oppression, and emancipate all of humanity.”

Human beings are funny, aren’t they? “The end of all oppression”, Emancipate all of humanity” It sounds too good to be true. That’s because it is. We already have (at least the post Obama remnants of) the system that has done the most in human history to reduce oppression and increase emancipation and we have seen the evidence of what Communism’s alternative are. I’ve already mentioned Stalin, Lenin and Mao but you can add in Chavez’s legacy in Venezuela where thousands are flooding into neighboring countries to avoid depravation and starvation, and don’t forget Pol Pot and the millions of innocents who died in the killing fields.  It is amazing that the idiots that rail against capitalism and the “antquated constitution of the U.S. seem willing to believe in the utopian ravings of a blatant self-promoter who wants to bring the utopia of communism here. So why should we be surprised when they set their stupid selves on fire.

The Cleveland cop summed it up better than I can, “You’re on fire, stupid!”

God bless the police, I would have been tempted to let them burn.
Posted by Yaacov Ben Moshe at 9:49 AM No comments:

Nice is All You Need to Know 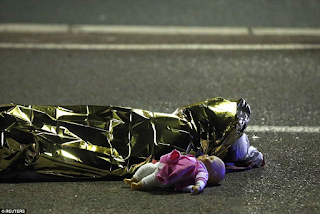 In this Reuters photograph the covered body of a little girl lies on the Promenade in Nice. This is what we are up against and it is high time we have a clear picture of what it is.

Make no mistake; it has all but swallowed Europe and it is, as we sit here, wrapping its tentacles around North America. It is coming after us all and the only difference between this baby and your little girl or boy is luck and timing.
Posted by Yaacov Ben Moshe at 11:17 PM 3 comments:

Its Not Terrorism! It Is Conquest, It Is Annihilation, It Is War!

While I and many others have been fighting a futile battle with the refusal of The President and his regime to call this murder by the name “Islamic Terror” a simpler truth has gone unidentified by us all. While the avoidance of the name “Islamic” is stupefying in its absurdity, the term “terror” is, in its way, just as delusional. 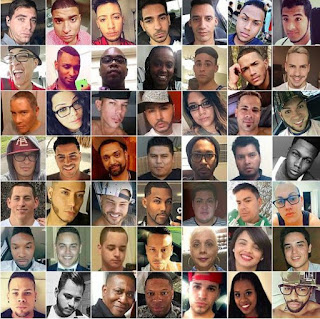 According to the FBI’s web site one of the three characteristics  of terrorism is the appearance that it is…
“…intended (i) to intimidate or coerce a civilian population; (ii) to influence the policy of a government by intimidation or coercion; or (iii) to affect the conduct of a government by mass destruction, assassination. or kidnapping…”
If it is not apparent to you by now that the main aim of the murders, bombings, hijackings, beheadings burnings and other attacks has less to do with coercion, intimidation and influence than it does with destruction and annihilation lets look at what the leaders of the movement actually say about it

Osama bin Laden:
“America is a great power possessed of tremendous military might and a wide-ranging economy, but all this is built on an unstable foundation which can be targeted, with special attention to its obvious weak spots. If America is hit in one hundredth of these weak spots, God willing, it will stumble, wither away and relinquish world leadership.”

Note, he did not say anything about having an influence on American policy. Nor is there anything in here about making Americans so fearful as to be compliant with his Islamic beliefs. He is interested in the destruction of America. 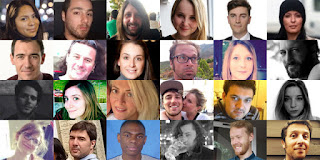 Abu Musab al Zarqawi:
“The killing of infidels by any method including martyrdom (suicide) operations has been sanctified by many scholars even if it means killing innocent Muslims“¦The shedding of Muslim blood”¦is allowed in order to avoid the greater evil of disrupting jihad.”

Note: Killing infidels is an exalted goal not the mere terrorizing of them - slaughter of non muslims is considered so important that even the incidental deaths of “innocent” believers can be allowed!

Abu Bakr Al-Baghdadi:
"Soon, by Allah's permission, a day will come when the Muslim will walk everywhere as a master, having honor, being revered, with his head raised high and his dignity preserved. Anyone who dares to offend him will be disciplined, and any hand that reaches out to harm him will be cut off.
"So let the world know that we are living today in a new era. Whoever was heedless must now be alert. Whoever was sleeping must now awaken. Whoever was shocked and amazed must comprehend. The Muslims today have a loud, thundering statement, and possess heavy boots. They have a statement that will cause the world to hear and understand the meaning of terrorism, and boots that will trample the idol of nationalism, destroy the idol of democracy, and uncover its deviant nature.
"So listen, O ummah of Islam. Listen and comprehend. Stand up and rise. For the time has come for you to free yourself from the shackles of weakness, and stand in the face of tyranny, against the treacherous rulers – the agents of the crusaders and the atheists, and the guards of the Jews.

Note: The above is an excerpt of from Al-Baghdadi’s speech at the beginning of Ramadan in 2014. It is terrifyingly ironic that a year ago he laid it out for us so clearly. He said it very plainly, “The Muslims today have a loud, thundering statement, and possess heavy boots. They have a statement that will cause the world to hear and understand the meaning of terrorism, and boots that will trample the idol of nationalism, destroy the idol of democracy, and uncover its deviant nature.”  To him, Terrorism is nothing less than the conquest of the the world and the annihilation of infidels in the name of Islam. 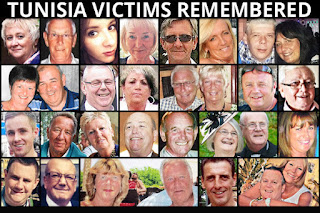 So you see, YOU are not safe- and it is not because the violence is random and not because Jihadis are only trying scare us into altering our behavior-  They really want to kill YOU they want to kill all of us. They are not just aiming to create a fearful response. What they are doing is a slow process of conquest. If you are still alive, it is because they have not gotten to you yet. We are all the target, including you, yes, you.

And don’t bother to remind me that there are more peaceful and moderate Muslims than there are Annihilationists. Thats nice and I agree. I also agree that it is horrible that millions of them have been murdered by Jihadis and the slaughter goes on still. I just don’t see any alternative but to insist that they get control of their fellow Muslims and stop them. We should help them but before we can help them or ourselves, we have to have leaders who will look at reality and call it by its proper name.

That is why from now, I will refer to these attacks as Islamic Annihilations and I will use the term Islamic World Conquest as a synonym for Jihad. 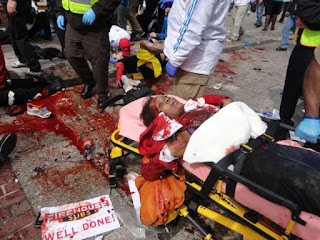