How easy it is to be sad! How easy and yet how debilitating. I attended the funeral today of Ezra Schwartz, the American boy who was murdered in Israel last Thursday, with my two sons. My boys both attend Maimonides School with him and knew Ezra. As I stood there and listened to the family's beautiful and heart-rending eulogies I was overtaken not so much with sadness but a combination of rage and fear. My boys will graduate from Maimonides next year and go to Israel as Ezra did and I already fear for their safety. As I experience this fear, the rage follows on its heels.

I understand that the immediate family and close friends need to plumb the depths of their personal devastation. I would never deprive them of that important catharsis but I really think the rest of us need to have a more positive and proactive response.

I am furious that a boy like Ezra can be raised to be such a beautiful human being only to be extinguished by another boy who was raised in a society that feeds its children on a steady diet of Jew-hatred and blood-lust. I am incensed that deaths like Ezra’s are often “rationalized” as an “understandable” result of Arab anger at Israeli policy. My fury is lifted almost beyond my ability to express it to know that even with the evidence of thousands of terror deaths -it is not just since the last intifada, not since 9/11, not since the 1948 war of independence but since the beheading of 900 Jews in Quireiza more than a thousand years ago- that the pathetic likes of Obama can still live in denial of what is causing (and what can remedy) this horror.

And then, there is the white house statement, issued as only after spokesman Kirby was asked about it during a news conference and after an unseemly delay,  Kirby said, ”We were deeply saddened…,”. Oh yes, there is the sadness again! They referred to Ezra’s murder as one among other "...tragic incidents…" implying that there are what they would call “tragedies” on both sides.

The name Obama was never associated with this travesty of political correctness, signifying his separating himself from it. The statement never mentions in what name it was committed. It also calls it “tragic”, no less. This is NOT a tragedy. To call it tragic relegates it to an act of fate or God- something about which we can all share saddness.  No, It is an atrocity!

Until we can name the monstrous ideology that inspired Ezra’s killer and until we can stop ONLY being sad, these atrocities will occur continue again and again. The problem  is that Israel’s restraint and fear of “world opinion” combined with the bootless refusal to recognize the Islamic nature of the terror and the morally bankrupt lack of leadership provided by President Obama have allowed the Palestinians to dream that it their desire to “push the Jews into the Sea” might someday be rewarded with success. They have been encouraged thereby to continue to train their children to hate and murder.

Its right to be sad, but understand that if you are only sad, you will be sadder still in times to come.

Taken together with his cowardice in the face of Putin and his pandering to Islamic radicalism world wide, his treatment of Israel and his handing Nuclear Club membership to Iran, Obama has, as no other human being in history, loosed disorder and violence from the bonds that once constrained them. His memory will be accursed down the ages.
Posted by Yaacov Ben Moshe at 12:20 AM 1 comment: 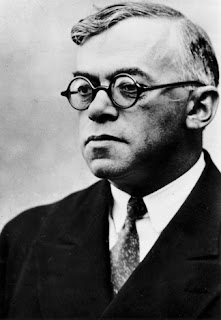 This past Saturday, The Wall Street Journal had a shocker of an article by Saeb Erekat on the Editorial Pages. I read it, feeling more and more outraged at every word. So, why, after a few days of reflection, am I glad they printed it? Because, even in its hideous distortion of the truth,  it reveals for us a glimpse into the deeply flawed and dangerously self-delusional misapprehension that fuels the Middle Eastern Conflict. The title of this article alone is enough to warn the reader of the inversion of reality that follows.

"Where is Israel's de Klerk?"  it asked.

The title itself is a combination of fraud, libel and the venerable rhetorical trick known as “the loaded question fallacy”. It implies by its very asking that:
All three implications are nonsense and lies. Israel has historically been an entire population of "de Klerks", only wanting to live in peace. Far from an apartheid state Arabs in Israel have more rights and are treated better than the ordinary Arab citizen in any Arab country in the world. What’s more, every Israeli leader, even the reviled “ultra hard liners" Begin and Sharon have proven that they were willing to give concessions and actual land up for the promise of peace “talks”. Not to say that they have ever been close to getting peace in return, mind you, just “talks” the mere charade of peace-making from the likes of Arafat and Abbas. Those two terrorist supporters have never relinquished their publicly declared goal of destruction of the Jewish state even while "talking".

Where is Israel's de Klerk? is not the right question, there have been too many already. To have a successful “de Klerk” there would have to be a Mandela on the other side.

No need, then, to read the rest of that article. Erekat marches out the familiar, tired parade of the painted up, whored-out canards, scabrous libels and blind pigs of inverted logic- the entire aim of which is to camouflage his group’s desire (to annihilate Israel) beneath the aggrieved fiction of Israeli “occupation” and. He brazenly bludgeons Israel for the results of every civilized instinct and compassionate gesture she has ever offered.

Is there anyone (Aside, of course, from the “see no evil” trio of Obama, Kerry, Clinton and their sycophants) who cannot connect the dots from this deception with its labyrinth of hidden agendas to the desire of all of the Islamic States (ISIS, Iran et al) to annihilate all of us in the west?

President Obama, for all the violence and hatred he has fostered in his attempts to “transform” reality, has done us a similar service to the one rendered by The Wall Street Journal and Saeb Erakat. His spectacular failures have proven to anyone who is paying attention that his political theories have blinded him to present realities and that the future he imagines is not possible. The price of not understanding reality is failure, violence and hatred.

Many Jews both inside Israel and around the world have allowed themselves the same kind of luxurious self-delusion. They want to live in a world where good intentions are all that are needed and all conflicts can be resolved by negotiation and “give and take”. You can want that all you want but reality is not so easily fooled as you are. The Two State Solution would only work if both sides were equally compelled to see it as the only alternative. In 1948 Jews, not for the first time in history, had no where to go. The holocaust was still smoldering in eastern Europe and Jews who tried to return from the camps and hiding places to their pre-war homes were often killed or driven off. Immigration to the US and other western countries was much harder then than now. Arab lands were actively expelling centuries old Jewish communities. Israel had to exist.

The polite, diplomatic and self-deprecating approach has not worked with the Islamic World. They were not interested in allowing Israel to exist then and they have never been convinced that Israel is permanent and unavoidable. So you have one side pretending that all we have to do is talk sincerely enough and the peace will come and the other side believing that they only have to resist long enough and Israel will either be thrown into the sea or fall of her own weight. The Islamic world is coming at Israel with knives, guns, tanks, rockets and soon, thanks to Kerry and Obama, nuclear weapons and still the fantasy of “talks” is alive and, even now, the Two State Solution is seen as the best alternative for Israeli-American policy. There cannot be two states because they would not exist in the same reality.

Israel does not need anymore “de Klerks”! She needs to bring back the intellectual honesty of a Jabotinsky. Vladimir Jabotinsky understood that the Arabs would always reject Israel's right to exist. It is time to stop pretending that everyone can be happy and to face the reality that there will never be peace until the Arabs and their Iranian godfather are defeated decisively. Here is Jabotinsky writing, not just before the re creation of the Jewish state, before The Holocaust:

"The Arabs loved their country as much as the Jews did. Instinctively, they understood Zionist aspirations very well, and their decision to resist them was only natural ..... There was not misunderstanding between Jew and Arab, but a natural conflict. .... No Agreement was possible with the Palestinian Arab; they would accept Zionism only when they found themselves up against an 'iron wall,' when they realize they had no alternative but to accept Jewish settlement.”
Vladimir Jabotinsky

The entire world is responsible for the current mess. The Islamic world is most to blame. The rejection of the 1948 partition and the attempt to “Throw the Jews into the sea” with their military attack has been followed by two major wars and incessant murder, bombardment and prevarication.

The UN and the security council powers are next in line for allowing the Arabs who obeyed the Mufti and the Arab despots call to leave their homes so the Arab armies could annihilate the Jews unencumbered to attain the status of permanent “refugees” and become an industry of their own. Never before in history has “refugee” status passed down for four generations. It is a corruption of the concept and redefinition of the word.

Israel, too, must take blame, but only because she never supplied the Arabs with the “iron wall”  needed to bring them to that realization. All the talks and all the concessions of her would-be de Klerks have done nothing but allow the Arabs and the Islamic world to think that there is an alternative to having Jews as neighbors. That belief has to be disproven conclusively or the pretensions, killing, and suffering will continue until Israel is sacrificed on the alter of her own good intentions. By starting every conversation with a plea for peace and only making war incompletely and when it was unavoidable, Israel has gotten the opposite of peace. Only when she wholeheartedly embraces the need for the definitive conflict, will she be in a position to avert it. I only pray that we find our new Jabotinsky soon.
Posted by Yaacov Ben Moshe at 11:25 AM 2 comments: