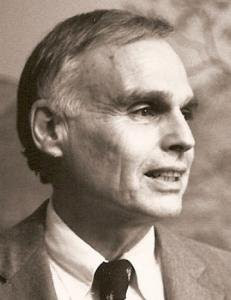 I met Austin Olney through his daughter who was a friend of mine in college.

I came across his obituary in tonight’s newspaper and although it has been a number of years since I have seen him, I was deeply touched. I admired Austin and, like so many others, was nurtured just by knowing him. His obit barely scratches the surface of the list of authors whose works he coaxed to higher levels of honesty and craft. I was privileged to have spent a little time with him at the house in Marlborough, NH and fifteen or twenty years ago we climbed Mt Monadnock together a couple of times. He helped me to develop my writing skills and encouraged me to believe in myself as a writer and thinker.

Even though I had allowed myself to fall out of touch, I have carried the warmth of his easy and tolerant friendship with me, in some way, ever after.

He touched a great many lives in a positive way. He was an inveterate instigator of creative and intellectual fun and ferment. He had a wonderful, generous way of correcting and encouraging at the same time- but to me, the greatest gift was that way that he had of finding the profound, the good and the humorous in everything. It was a kind of unselfconscious spirituality.

One day, on the lower reach of the white cross trail of Monadnock, as we returned to the base after a climb with my two oldest sons, I remarked to Austin that the boys were bickering with each other quite a bit lately. Austin chuckled and told me about the time his mother (I think it was his mother) was getting irritated with the bickering of the young Austin and his fractious siblings and cousins at some family get-together. He recalled for me how his grandmother had altered the spirit of the day (and taught everyone a beautiful lesson) when she laughed and said, “Yes, isn’t it wonderful how much they care!” This was how Austin corrected- with love and humor. I may be one of the least of his mourners but I am no less sincere for that. I am very grateful to have known him.

It is a sharp irony for me that my dad, who was a lot like Austin in many ways, died last October 11th and Austin passed just a few days short of my father’s birthday.
Posted by Yaacov Ben Moshe at 12:14 AM

A beautiful eulogy for a wonderful man. What large shoes we are being left to fill. I hope and pray that we are properly groomed to accept the daunting challenge.