The Church of Globalism Wants Your Blood (and Money) 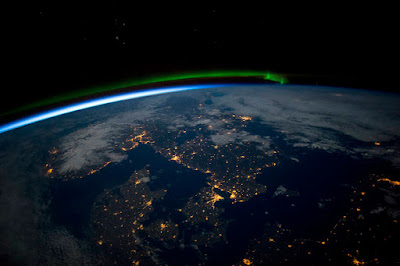 The complete lack of self-awareness on the part of the media/academic/Progressive ruling class has always puzzled me. How do they do it without falling into a pain-induced coma from the cognitive dissonance they should be suffering… What monstrous thing lies below their consciousness to enable it?  I have come to believe that it is a bigger thing than the seemingly separate concerns and issues they champion. it is really about the quasi-religious "Church of Globalism" and its priesthood. They will sacrifice anything on its alter.

I am still concerned with what I have been writing about as “human sacrifice” (here and here)  but in the aftermath of the London Bridge Attack it has become apparent that there are deeper concerns and the death of innocent people is a symptom of an even graver danger.

it is, surely, “The Jihad” and the renaissance of fundamentalist Sharia law that are the proximate causes of the slaughter but it is a mistake to focus solely on the Muslim side of the equation.  It is not so much the Islamists that we should be afraid of, it is the Globalist movement in the west that has allowed, and even fostered, those squalid barbarians to grow so dangerous and impudent.

The limp, mealy-mouthed responses of Kahn and May to President Trumps tweets after London have gotten me thinking. The majority of our elected officials, and their bureaucratic minions along with our leading academics and the majority of our artists and entertainers have conspired to lull us into suppressing our spiritual, intellectual and cultural defenses and open our borders to the unfettered immigration and the terror, disease, rape and murder it brings. But the terror is just the most noticeable manifestation. There is a whole complex Globalist movement that has pervaded and polluted our body politic.

I am not one of those who believe in an organized Globalization Conspiracy. I know there are conspiracy theories out there but they seem a bit overwrought and impossibly arcane. I think, though, that once you understand Globalism and its underpinnings you will see that its worse and more pervasive than any centralized conspiracy could be.

Globalism is actually a pseudo-religion, it is the Sharia Law analog of the West. It is an extreme belief in the infallibility and inevitability of Globalization. It and all of its doctrines are unassailable and anyone who questions them are disqualified from legitimacy. There are a number of dogmas connected with Globalism Chief among them is what is now commonly called Climate Change. Other dogmas include:

But you don’t need to take my word for it. An excellent, if unintentional, indictment of Globalization may be found on the Barclay Bank website. The research paper abstracted on this page is a perfect case study in the arrogant cluelessness of what might be called the Globalist Elite. The title “The Politics of Rage” sets the tone. It is cold research seen through a pro-globalist lens. It presents a chilling picture of what Globalism aims to do. Here is the list of of factors necessary to globalization that are identified as causing the rage against globalization among the middle classes:

I finally have a complete understanding of what Barak Obama meant when he vowed to “fundamentaly transform the United States of America.”  The picture that emerges is that the middle and lower middle class in the developed countries of the world are being sacrificed, in every way possible. Their jobs and wealth are being diluted and lost to the tidal wave of “migration”. They lose their very lives to the terrorists who wash ashore with that same wave. All the while, the corporations, government apparatchiks, media pundits, academic theorists and financial manipulators, those that I call the Global Elite, get ever fatter and more insolent. They are not the ones being run over, slashed to death and shot in the streets. They live in enclaves with high walls. They are not loosing their financial security, their interests are doing very well thank you. It is no transformation. It is a betrayal.

And to what effect is all this havoc being visited on the workers, earners and entrepreneurs who make it all possible? There is no proof that refugees from failed states can adapt well enough and in large enough numbers to modern western economies to do anything more than increase the burden of entitlements in those countries. There is no proof either that there is any chance that the other “benefits” predicted for globalization will ever materialize.

The Barclay researcher blandly asserts that it would lead to faster development in undeveloped countries. Even allowing for the scabrous old allegation that the abuses of the colonial era are responsible for the economic devastation in those countries, colonialism has been over for a century and the third world is still poor.

Culture is the most important determinant of development. Israel, for example, is a country founded in a place bereft of natural resources on land that had been poverty stricken for two millennia. In sixty years, under constant hostility and attack from neighbors with overwhelming numerical advantage, it is one of the strongest economies in the world. Globalists hate Israel for the very example that she is!

No! The only benefit that is real in the globalization scenario is that which accrues to the Globalist Elite who are trying to squelch the natural resistance to it by calling our distress “rage”. They call us “bitter clingers” (Obama), “deplorables” (Clinton), “uneducated” (Mainstream Press), deniers and they belittle our very sacrifice with statistical cruelties like “London is still one of the safest cities” or “undocumented immigrants commit crimes at a lower rate than the general population”. These are untrue in any sense but they are most sinister in the way they negate real suffering. It is heartless to tell the families of the little girls killed in Manchester, or of the nine year old boy killed in Boston or of Kate Steinli that they should be comforted by those cold statistics when their loved ones would be alive today if immigration were under sufficient control. This is not inchoate “rage” as Barclay and the progressives try to invalidate it. It is not we who are “the deniers”.
Posted by Yaacov Ben Moshe at 2:12 PM

For it is the demon himself, who is fully in control of the globalist system of power and control that is attempting now to fully implement satan's evil plans to enforce the subjugation of all of God's children into a society of slavery, and to a new world order that is the demonic dream of the evil one.

The evil one has chosen well those of you who have easily fallen for the world of power through greed and corruption that the demon incarnate has implemented throughout the world. Now is the time that the veil is being lifted for the rest of humanity; the veil that exposes the naked evilness of those who have fallen in with the evil one.

The cast of those who have fallen into league with satan is now being truly revealed in their own actions and words, as the minions of satan are now becoming totally enraged by the recognition that the Father in Heaven is now intervening into their control, and they fear greatly that as they are becoming more fully exposed to the rest of you that they will lose their power and control over you.

No, they didn't "loose" their very lives to the terrorists who wash ashore with that same wave.

Why is that so many intelligent people such as yourself, in an otherwise grammatically fine piece, have lost the distinction between "lose" and "loose?"

It dilutes the intellectual integrity of your writing and it makes my brain hurt.

Fixed, Anon. Sorry for the head pain and thanks for the catch...

No doubt this is yet one more example of why Yahowah considers human sacrifice a disgusting abomination. And it looks like we're getting a sneak preview of The Torahless One's (Anti-Christ's) prophesied one-world dictatorship during The Tribulation, apparently running Saturday, November 14, 2026 to sundown on Friday October 7, 2033. Yahowah has promised to keep out of the time of testing those who are right with him by the time Yom Teruah gets fulfilled (could easily be the day of its observance in 2026). We've got a little over 9 years to prepare if we want to avoid having to go through the nastiness.

What is amazing is that so many so called centrist liberals have become mindless sycophants adhering to the now globalist ideology that under the tutelage of Obama and the strings of Soros (and his ilk) “illegal” wealth created in this country should be distributed to the less fortunate citizens of the world to undo the injustices of white imperialist countries such as the USA. They then can become the new global elites capable of guiding earth into a world village state, the kind of which was portrayed in science fiction 1984 and the BBC television series – The Prisoner. So many of these sycophants do not see that they are slowly being swallowed into an abyss of totalitarian socialism.....